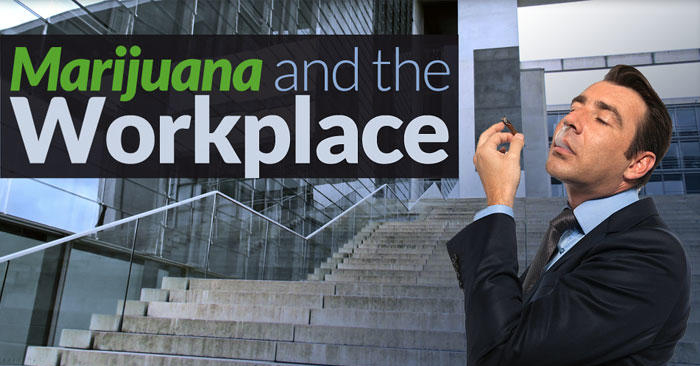 This is the question that many people ask due to the rise in recreational and medical marijuana. With many states beginning to legalize the drug it has has caused many issues in the workplace for employees and employers. The controversy is that employers have to ask themselves is marijuana use affecting job safety and should it be allowed even with a prescription?

Christine Clearwater, president of Drug-free Solutions Group, specializes in substance abuse prevention in the workplace. She says marijuana legalization should not lead to more lenient employer drug policies. She also states that, the highly politicized battle over marijuana laws can drown out statistics employers need to be aware of:

It is very important for employers to issue a drug policy based on the safety of employees, not based off of legal or ethical concerns. Having a drug policy in tact is a very important business decision, it ensures that the employer will not be held accountable over an employee under the influence in the workplace. Accredited Drug Testing offers Drug Free Work Place policy’s customized the each company and their needs.

The substance THC in marijuana affects many necessary job related skills such as, perception, reaction time, coordination and more. Many people with safe-sensitive positions such as, operating machinery or company vehicles are at a higher risk if under the influence.

According to a study reported by the National Institute on Drug Abuse, employees who tested positive for marijuana had 55% more industrial accidents, 85% more injuries and 75% greater absenteeism compared to those who tested negative. Also impacting the workplace:

These are the top 4 things that employers don’t want or try to avoid.  About 1/6 employees has a substance abuse problem. This is why a Drug Free Workplace policy is crucial, not only helps the employers but also helps keep the safety of all employees.

Many medical marijuana-using employees have legally challenged their employers due to a positive drug test result, even when they are prescribed for it. Some states such as, Connecticut, Illinois, Maine and Rhode Island, protect employee rights against disciplinary action for medical marijuana use. However, marijuana is still illegal according to federal law, which classifies it as a Schedule I drug with no accepted medical use and a high potential for abuse. Federal law supersedes state law. Important things to know about medical marijuana:

The health and safety of employees is dependent on the employer, therefore it is the employers responsibility to provide a Drug Free Work Place Policy. Everything you need listed above can be provided by Accredited Drug Testing. Visited www.accrediteddrugtesting.com for more information or call 800-221-4291.

Schedule a Drug Test is a division of Accredited Drug Testing, Inc.